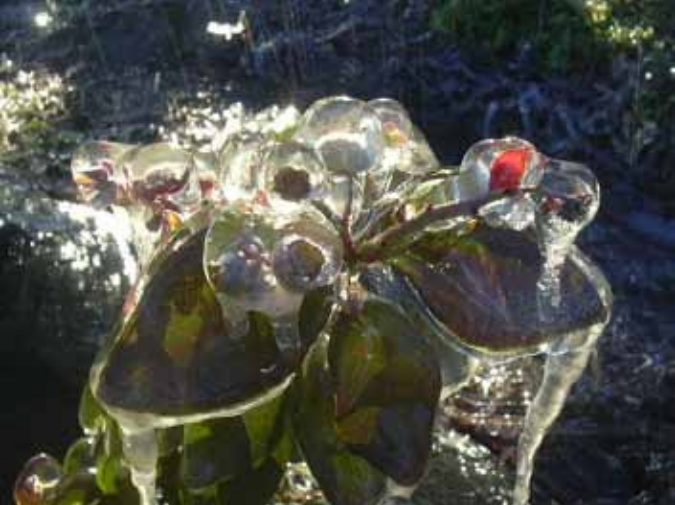 Freshwater is a resource we all depend on. It is becoming scarce and we must learn how to use it more carefully.
Adopting new and better ways to more efficiently use water is beneficial not only to ourselves but to the environment in general. We, at Penny UK offer you the best possible frost protection solution tailor-made specifically for you.

The world around us is changing. Change has always been a part of this planet, but recently the rate at which
change occurs has been accelerating. Extreme weather phenomena, such as tsunamis, earthquakes, heat waves,
cold fronts and floods are becoming more and more common. The natural and agricultural environment is highly affected by climate change. The leafing out, blooming, flowering, ripening of fruits, water balance and so on are all very susceptible to stress and severe damage as a result of the extreme weather.
One of these extreme weather events is the drop of temperatures below 0˚C, namely frost. When these drops in temperature occur out of season, the plants are ill-equipped to cope with it on the physiological level, and they suffer severe damage as a result.

There are two kinds of frost:
Advection Frost (Windy Frost or Black Frost) occurs when a cold air mass (cold front) moves into an area, bringing
freezing temperatures. Wind speed is usually above 8 km/h. Possible protection against this kind of frost is very limited. Radiation Frost occurs when, with a clear sky and calm winds, the temperature near the surface of the earth drops to below freezing point. As temperatures drop, the cold air flows downward to lower topographic areas. That is where most of the damage is seen. Efforts have been made to come up with a solution for this kind of frost; a way to alleviate the damage caused by the low temperatures. In order to do so, we utilize the same basic laws of nature that play an important role in creating the frost itself. Many methods have been used to protect fields and plantations
from frost, including smokers, wind machines, helicopters, the burning of tires and the use of sprinklers. Some methods have been more successful than others. The use of sprinklers was found most efficient in most cases.